In 2012, R.,J Jeffreys was appointed the Massachusetts Project Organizer for the global 100 Thousand Poets for Change for which he received a signed letter of commendation from Massachusetts Governor Deval Patrick. This world-wide event became the largest single poetry reading in the history of the world and was permanently archived by Stanford University. 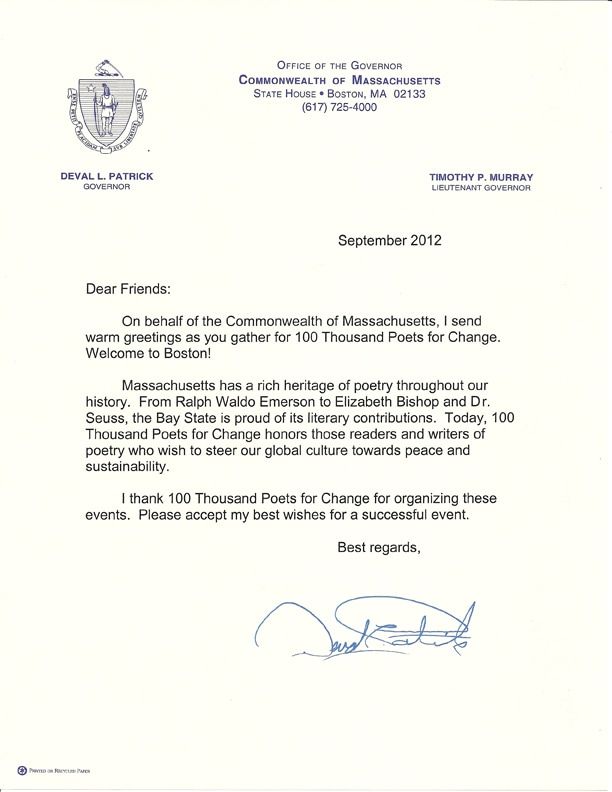