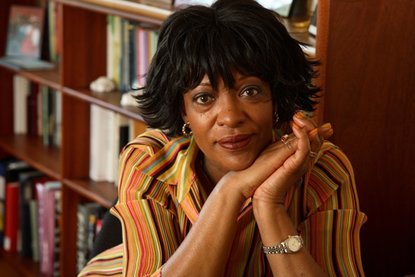 The story of ﻿Rita Dove﻿ is the story of excellence. From being named a Presidential Scholar in high school to winning the Pulitzer Prize in poetry to being the youngest person and first African American named Poet Laureate of the United States, she has consistently been recognized for her outstanding talent and work. To date, she has received 25 honorary doctorates, and she has won everything from the Duke Ellington Lifetime Achievement Award to the Fulbright Lifetime Achievement Medal. In 2011, she became the only poet to receive both the National Humanities Medal and the  National Medal of Arts.

In addition to her many talents and accomplishments, Rita Dove is known for the incredible grace, modesty, and personal integrity with which she has accepted her fame and success.
Rita Dove website: http://people.virginia.edu/~rfd4b/
This inaugural episode features poet and writer, Rita Dove, who reads her poems "Parsley" and "Claudette Colvin Goes to Work" and discusses topics ranging from literary bias masquerading as objectivity to sharing poetry with preschoolers.
Watch this inaugural episode with the incomparable Rita Dive
(Click the link or image below)
www.podomatic.com/podcasts/vidavoicesandviews/episodes/2018-08-31T22_44_39-07_00

Rita Dove Quotes from This Episode of VIDA Voices & Views

“My most radical pronouncement, if I were queen or something, would be that anywhere where there is more than one child together—any kind of group, if they have a schedule for the day—to end the day with a poem… sort of like pledging allegiance to the flag.”

“There is not going to be any change unless we can begin to talk about any little fear, any little hatred, any little bias that we might have and to admit that all human beings have them.”

“I wasn’t looking to lard [The Penguin Anthology of 20th Century American Poetry] with rainbow colors. This is just the way it happened. These were the poems that were being published, and it made me feel hopeful. I said, ‘Look, look! Things are changing here.’”

“I remember what it was like as a child when I was reading poetry and couldn’t find anyone who had my life, who looked like me, who had the same kind of experiences, and how lonely that was …”

“As a writer I couldn’t exist not being honest, totally honest, with the world, and with myself.”